Highlight on OTEC in August 2015

Kona was the place to be for OTEC in August 2015. If you weren’t here, you can catch up on developments through West Hawaii Today,  Star Advertiser, Scientific American, Energy Harvesting Journal, Popular Science and Grist articles. Details and photos also available on Pat Takahashi’s blog and OTEC Okinawa staff blog.

Want to learn more about OTEC? Check out video and information on this page.

The week started with the Hawaii- Okinawa 6th annual Ocean Energy Workshop (August 19-20) in Kona in which an agreement for cooperation among NELHA, US and Japan private companies was announced. Principals (NELHA, Makai Ocean Engineering Inc., Japan Marine United Corporation, Kobe Steel Ltd., Yokogawa Electric Corporation, Xenesys Inc., and Institute of Ocean Energy Saga University) are represented in the photo below. Mahalo to the County for taking the lead in organizing the meeting. Japanese visitors were also able to visit a few businesses at NELHA. 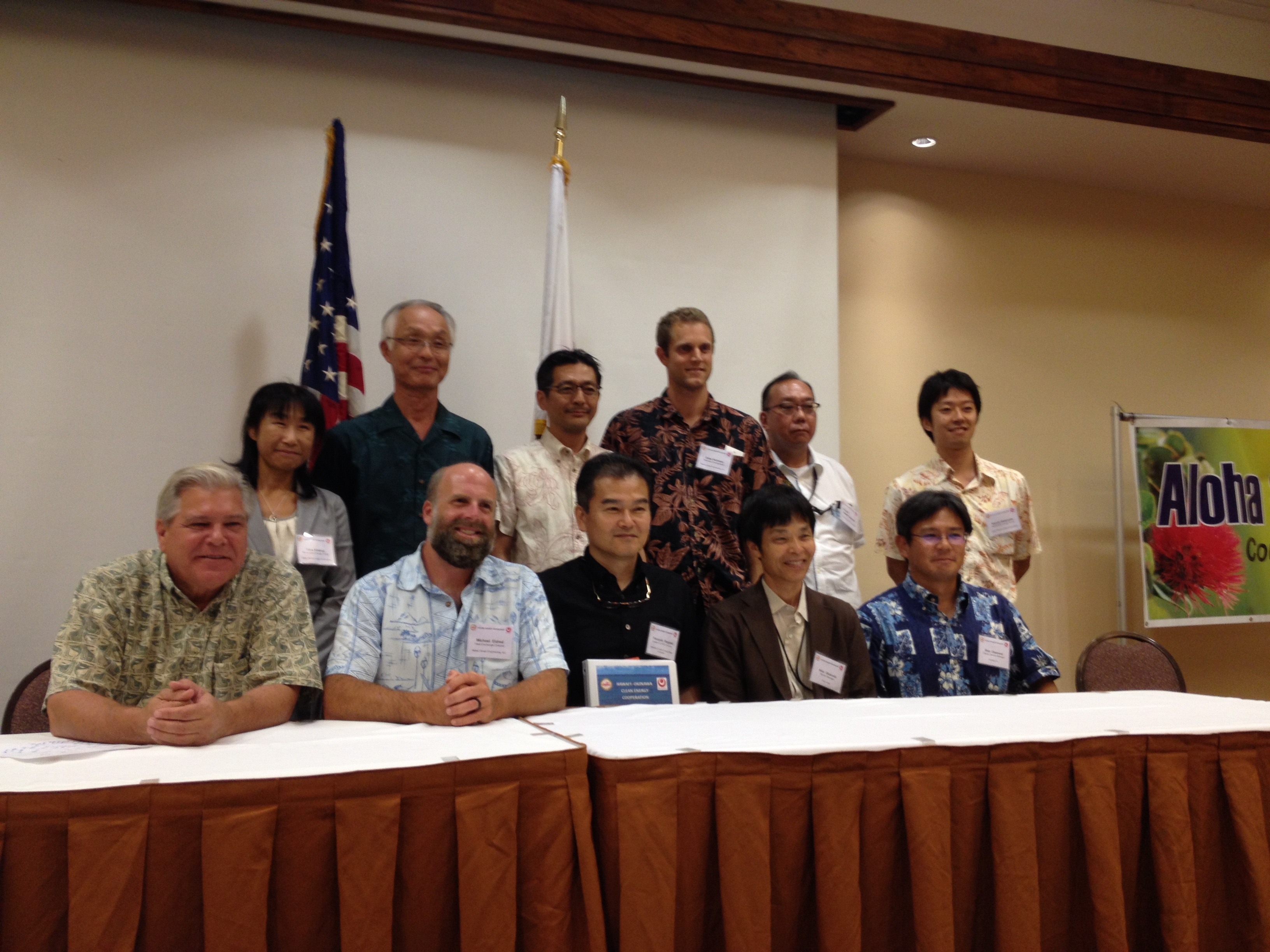 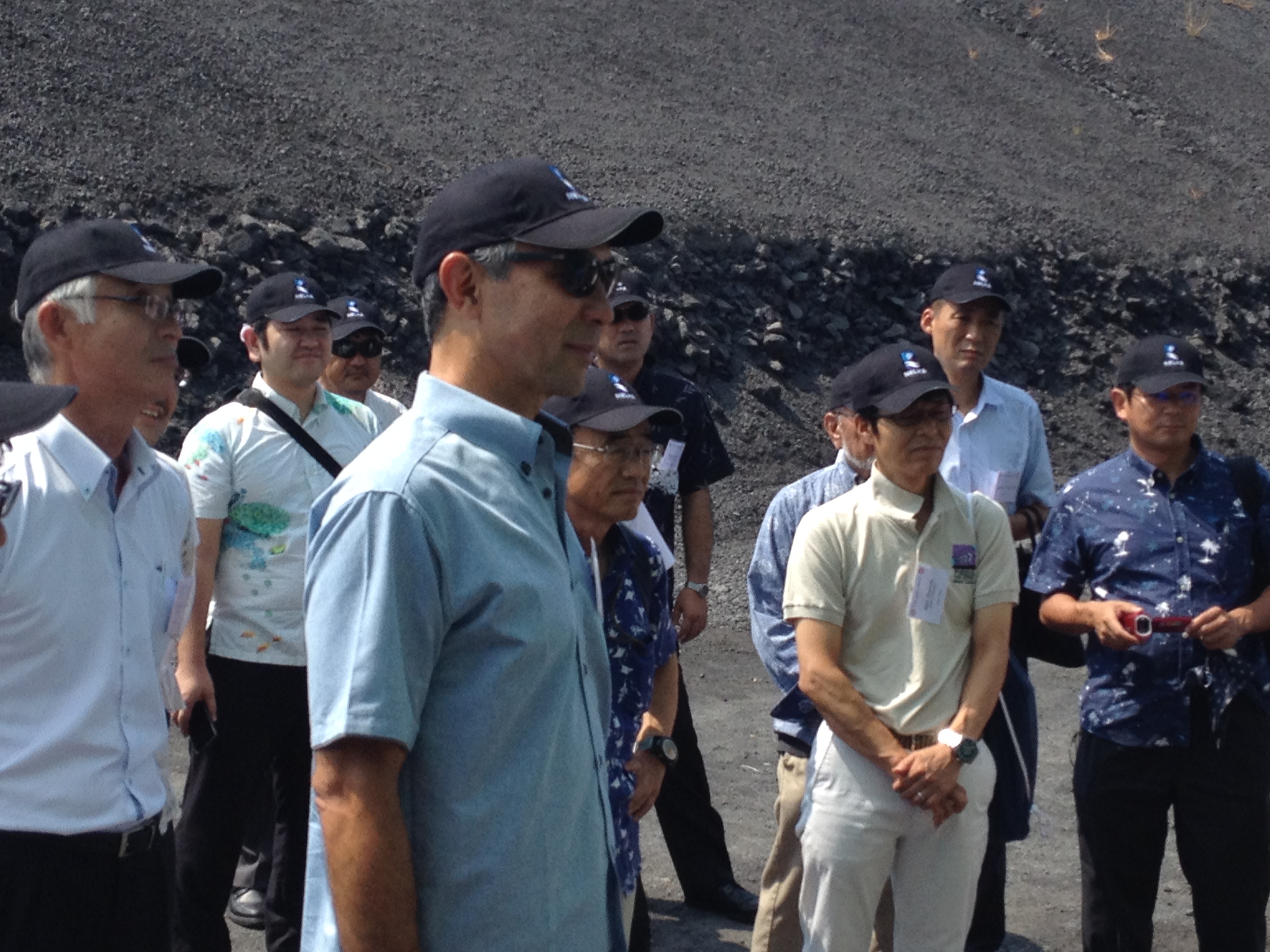 The Makai Ocean Engineering inauguration event has been well publicized and covered. A few additional photos below including a view of the officials, an ocean powered Tesla vehicle and a nighttime view! 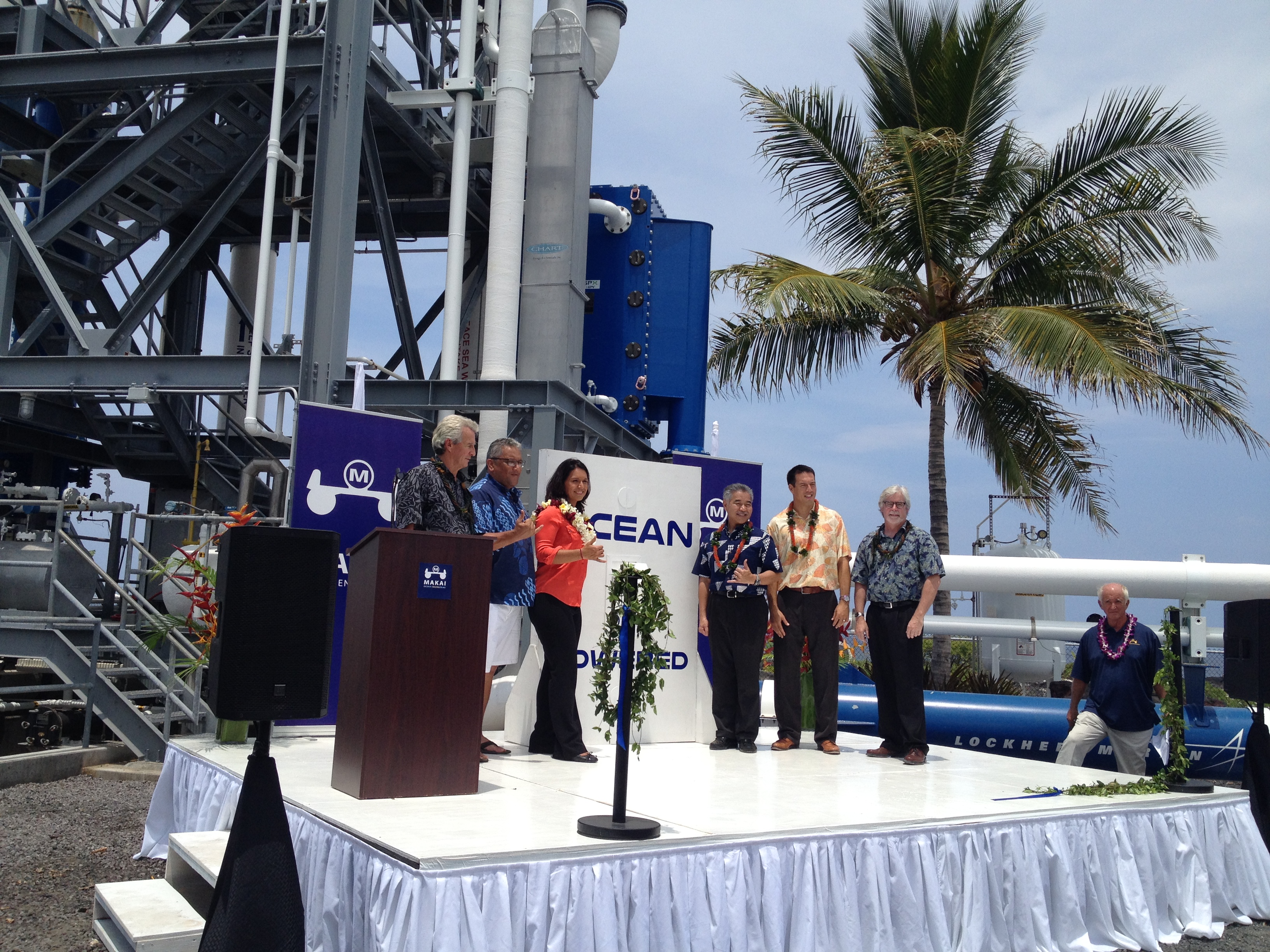 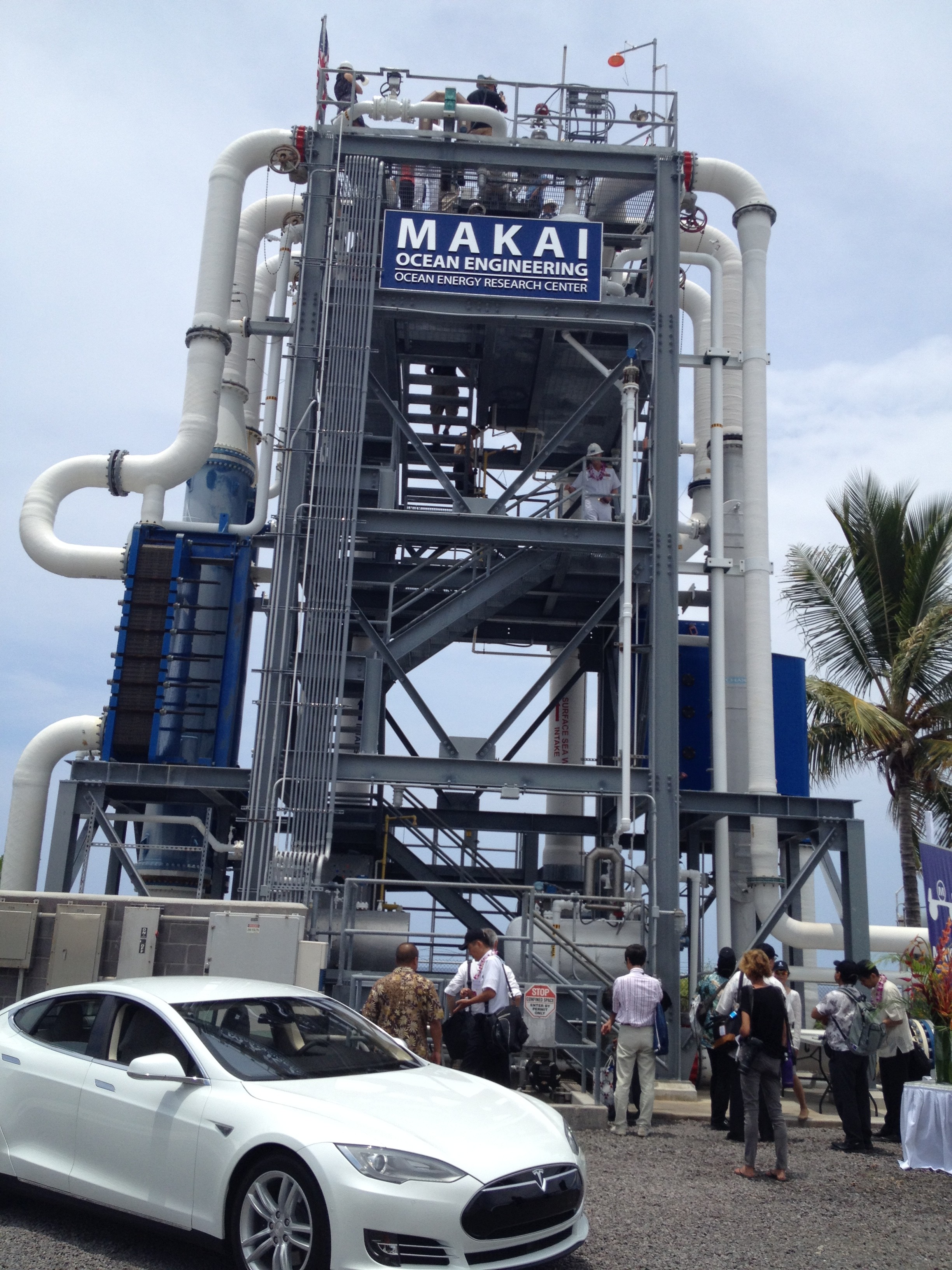 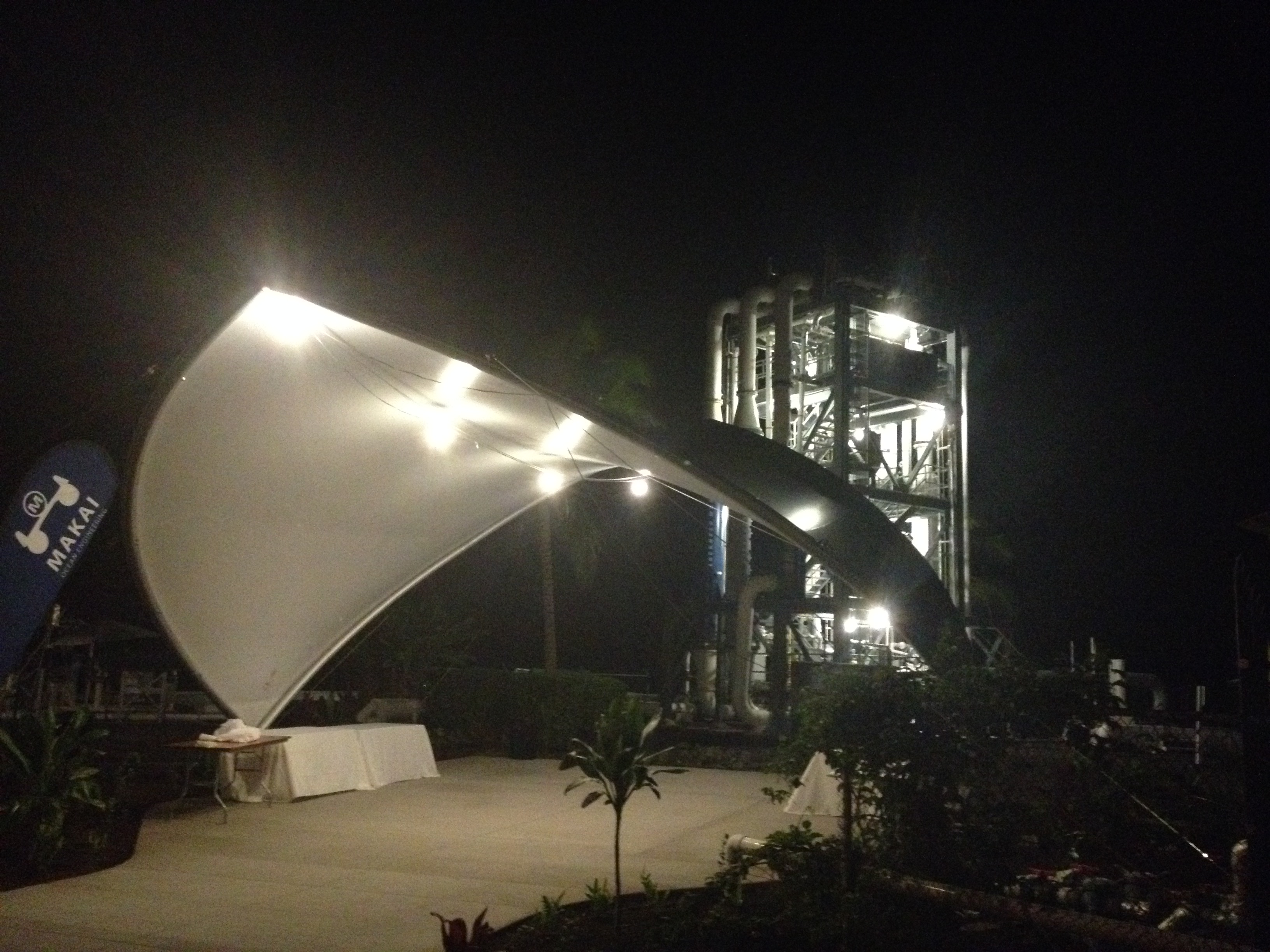 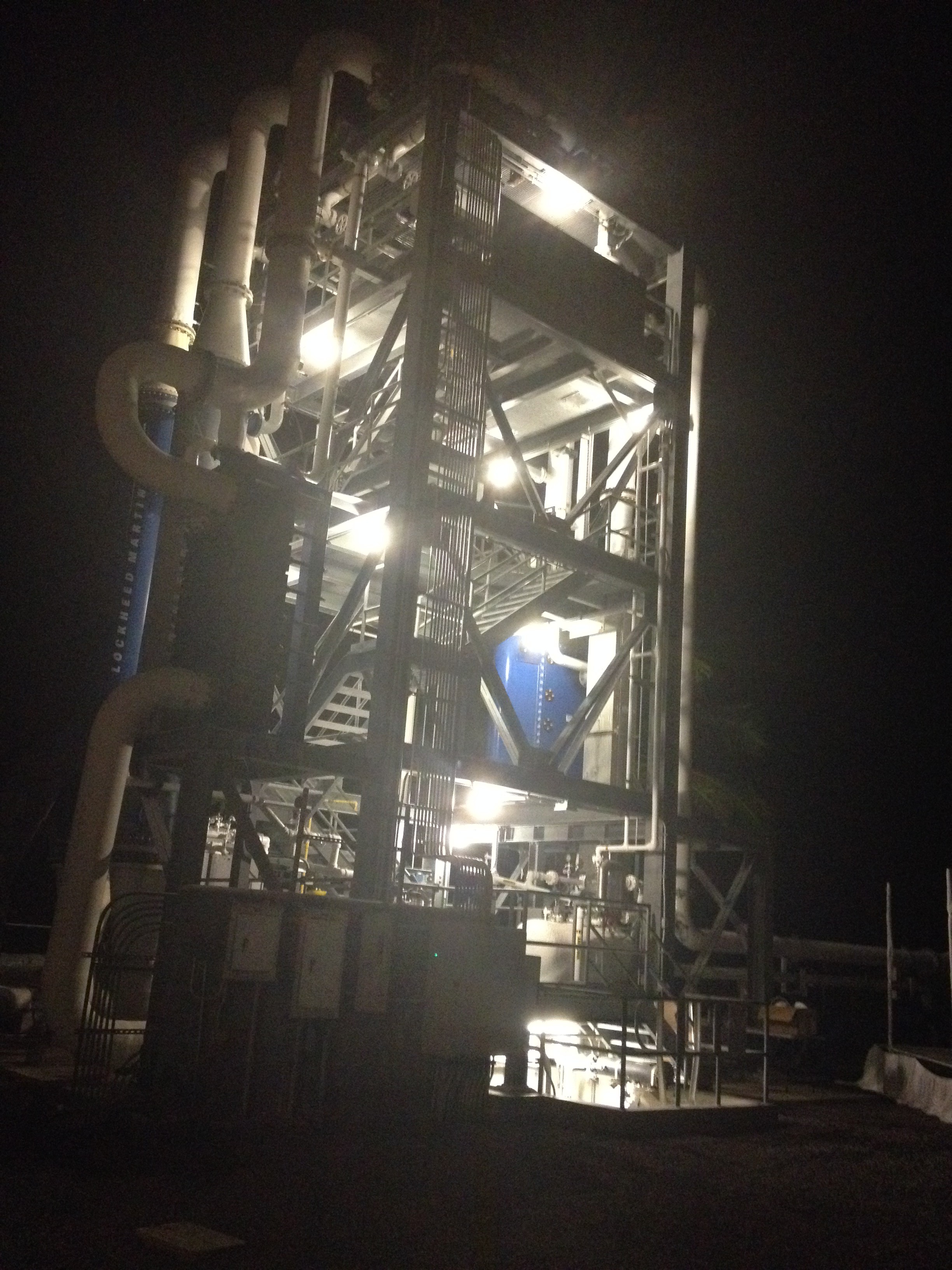