On April 14, NELHA helped the Marine Mammal Center / Ke Kai Ola load seven monk seals onto pickup trucks so they could be to transported to an awaiting US Coast Guard airplane at Kona Airport. The seals have been rehabilitating at the MMC for the past six months. The volunteers put the seals into transport cages and NELHA loaded them with a forklift onto pickup trucks. There were four cages total; three with two seals in each and one seal in its own cage. The seals will all be transported and returned to the locations where they were originally captured. One seal will be re-released on Niihau, another on French Frigate Shoals, and the rest at various locations within the northwest Hawaiian Islands. More details on this West Hawaii Today article. 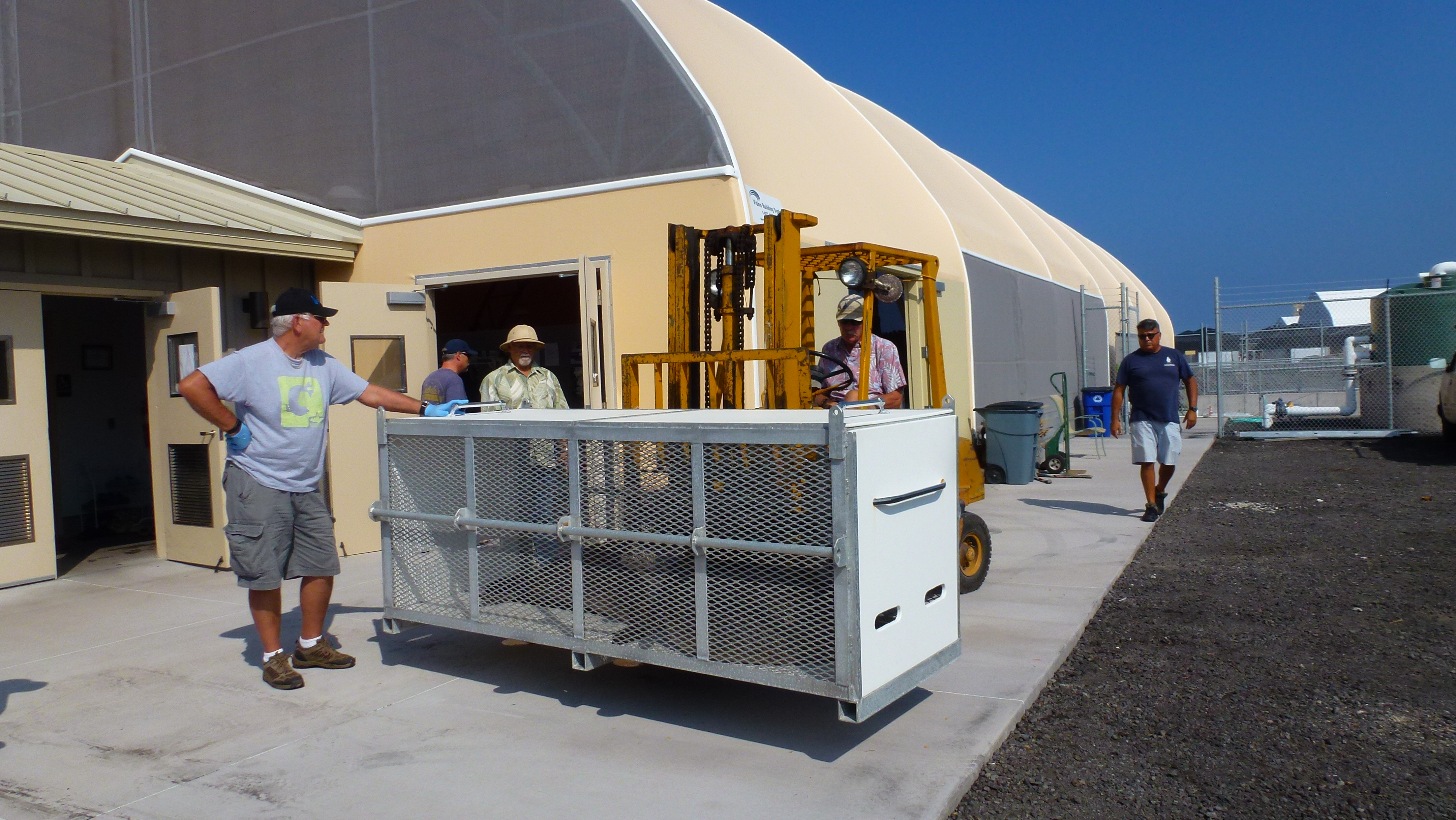 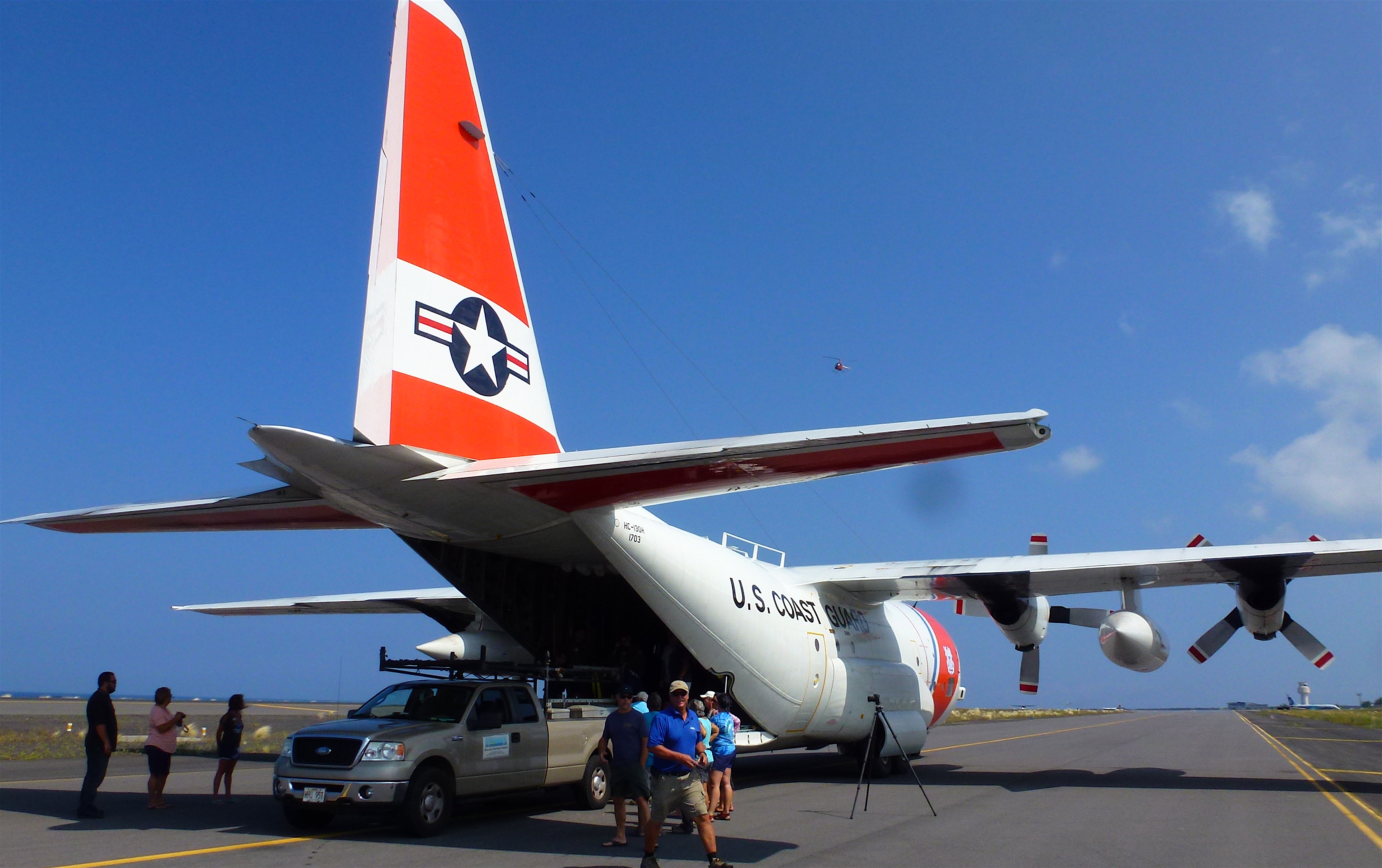