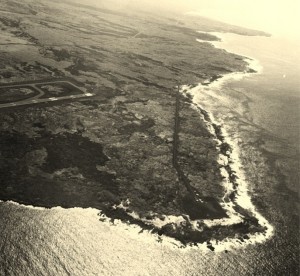 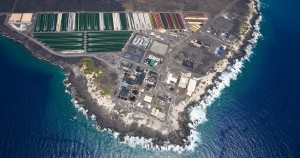 HOST Park inspires innovation! Many businesses here have pioneered new and varied uses of the deep ocean seawater that is pumped throughout the park. Cyanotech Corporation is one of HOST Park’s oldest businesses and largest employers.  They use the deep sea water to cool their algae ponds and aid in the drying process. Cyanotech has grown to a $30Million + annual revenues from sales of their nutraceutical products from microalgae.

Over the years, HOST Park has attracted serial entrepreneurs and innovators such as the principals of Ocean Era LLC. After conducting research on black pearls and founding another successful HOST Park company, Kona Blue Water Farms Inc. which successfully brought Kona Kampachi to the market and was acquired by Blue Ocean Mariculture in 2010, these folks started  Ocean Era LLC to focus on expanding sustainable production of ocean fish. Their Vellela project was selected as one of the TIME Magazine’s Best Inventions of 2012.

The unique deep water resources provided at HOST Park have enabled Makai Ocean Engineering to remain at the epicenter of an emerging renewable energy market of global significance – ocean thermal energy conversion (OTEC). Makai has used the deepwater infrastructure provided by NELHA to supply OTEC power to the local grid in a demonstration project in 2014, making it the world’s largest operational OTEC power plant. In addition, Makai has leveraged the experience gained from the deepwater pipeline designs for NELHA to develop an OTEC-spinoff technology, called seawater air conditioning or SWAC, that has resulted in millions of dollars in revenue for the company